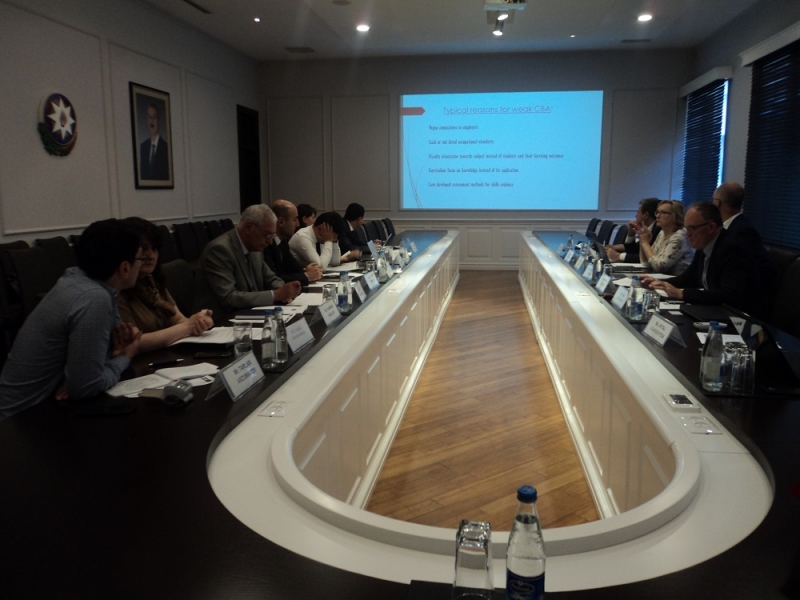 The Twinning project held its 4th Project Steering Committee Meeting on 20 May 2019 in the premises of the Ministry of Education.

The meeting was attended by Project Leaders from three partner organizations representing Member States and also Beneficiary country, representatives of the Science, Higher and Secondary Professional Education Department of the Ministry of Education, project component leaders from the BC and other members of the Project Steering Committee.

He summarized the fourth quarter of the Twinning project also citing statistics of capacity building events and participants of those events.

He mentioned that the project is progressing without any delay in the activities planned originally. “Now we have a year ahead to achieve the rest of the planned activities,” Mr. Omarov noted.

She provided a short overview of each of the activities implemented over the last quarter.

“Over the last quarter 14 expert missions and 70 expert days have been implemented,” Ms. Bydanova said.

She emphasized the activities carried out at the universities noting that workshops were organized to raise awareness about competence-based and student-centered approach.

She also provided a short summary of the project activities to be implemented in the fifth quarter.

Later each of the component leaders presented the results of activities carried out in respective components.

“I would like to thank the project for its flexibility. Some things have changed since we drafted the Terms of Reference of the project,” Ms. Vusala Gurbanova, Component Leader I noted.

At the end the fifth Project Steering Committee Meeting was tentatively scheduled for mid-September 2019. 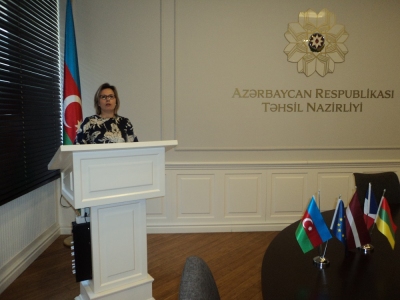 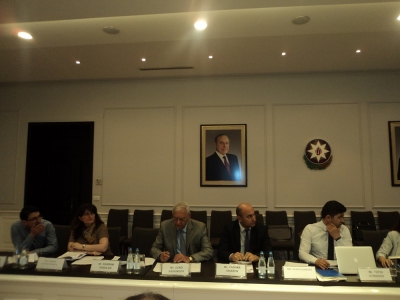