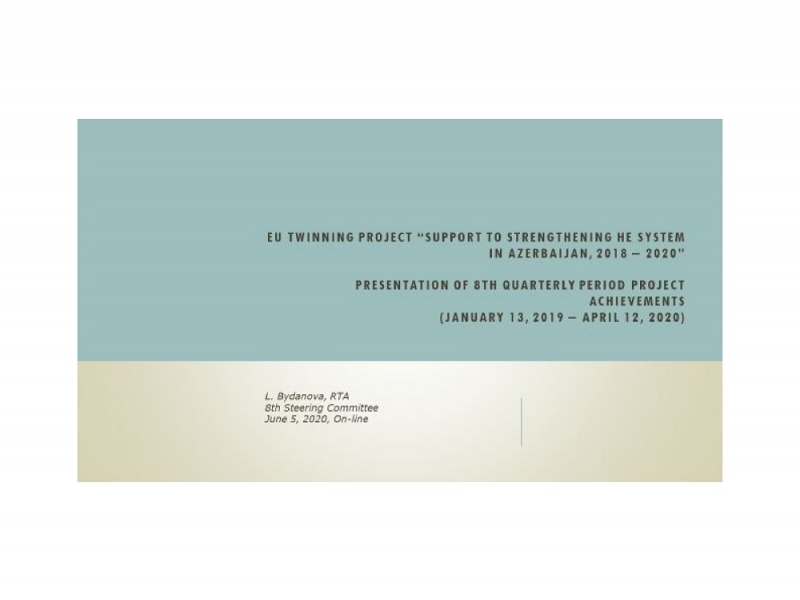 On 11 June 2020, the Twinning project 'Support to Strengthening the higher education system in Azerbaijan' held its 8th Project Steering Committee Meeting in an online format via Zoom video conferencing app.

The online meeting was joined by Project Leaders from MS and BC partner organizations, a representative of the EU Delegation to Baku, by staff members of the Science, Higher and

Opening the meeting, Mr. Yaqub Piriyev, Acting Head of Higher Education and Research Department of the Ministry of Education, welcomed the MS Project Leaders and other participants of the meeting.

He provided a quick overview of the activities carried within the project over the 8th quarter.

“Unfortunately, the extended [by three months] implementation period of the project overlapped with the Covid-19 pandemic and some of the expert missions had to be cancelled,” Mr. Piriyev noted.

Later, BC Project Leader Mr. Shahin Bayramov took the floor and added that despite the quarantine declared due to the COVID-19 pandemic, the Twinning project carried on functioning and a work on some key documents have been carried out.

In her turn, Resident Twinning Advisor Ms. Elizaveta Bydanova briefed about the results of the 8th quarter of the project implementation as per components.

“The next project quarter will more focus on online missions to be carried out under Components 3 and 4,” Ms. Bydanova added.

Later each of the Component Leaders from BC reported about the activities carried out in their respective components over the last quarter.

Each of them thanked the Twinning project for its support and expressed their satisfaction with the achievements made in their components.

“The achievements made by the Twinning Project is a common success,” said Mr. Rza Zulfugarzade, a Programme Manager at EU Delegation.

Later, BC Project Leader finalized the meeting noting that the preparations for the closing meeting of the Project will start soon. 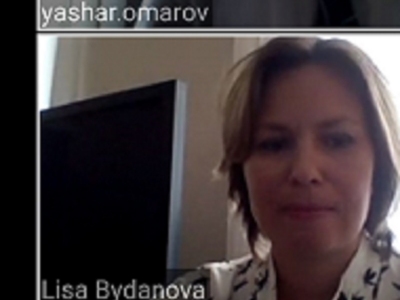 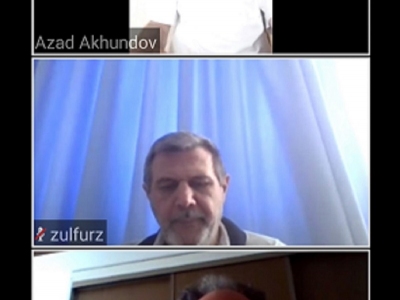 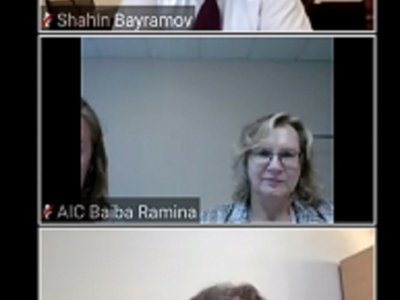 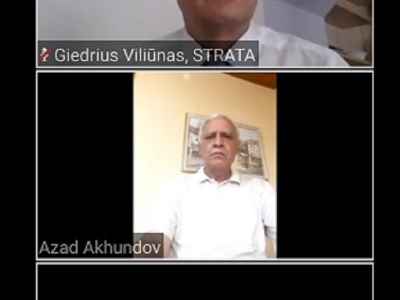 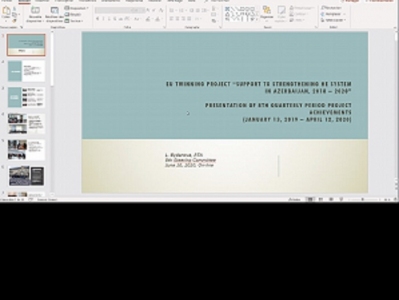